While the special session was originally scheduled for the full week, it ended in just three days. The Florida House and Senate both have Republican supermajorities, which means they can move bills very quickly through the committee process, and dispense with traditional rules like waiting a day between the required three readings of bills on the floor.

And when it came to amendments — the give-and-take of the legislative process which normally transforms a bill from its raw draft form into a more polished version — Democrats introduced several, but they were all quickly rejected.

However, that does not mean there was unanimity within the Republican caucus. Although the two bills relating to toll roads and disaster relief were relatively noncontroversial, the property insurance bill stirred up a number of questions, even from Republican members of the Senate.

And the final vote in the Senate — 27 Yeas and 13 Nays — included two Republicans who voted against it, Senator Ileana Garcia and Senator Erin Grall, with one Democrat crossing the aisle to vote for it, Senator Linda Stewart.

As the bill was being debated on the floor of the Senate, Sen. Garcia said she was struggling with the question of “Where are the protections? Who protects the policyholders from the companies that denied them?” She went on to ask how cutting litigation cost benefits the policyholder and into the future. 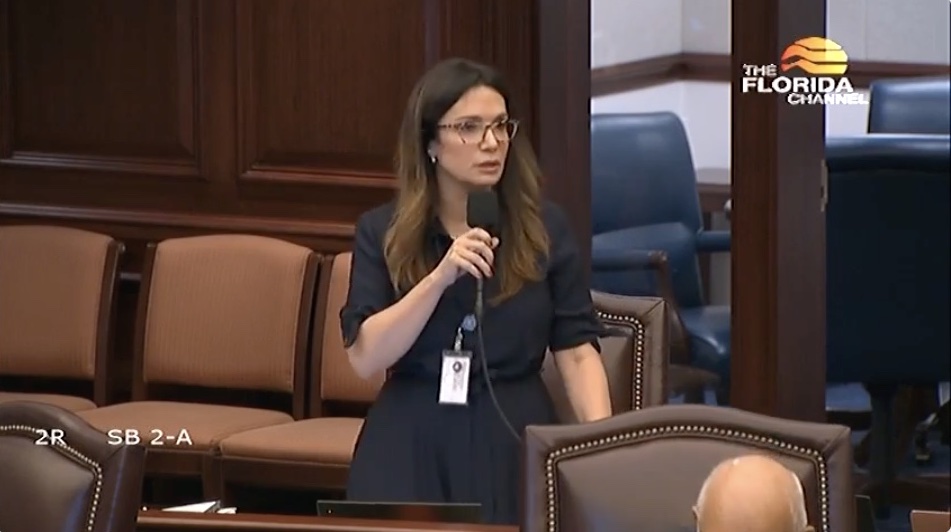 But in the end, the same 105-page bill which was filed on Friday night was the same bill which passed on Wednesday.

What is the consensus about this legislation?

Everyone agrees that we’re not going to see any rate decreases for a while — maybe even for a couple of years.

Senator Jim Boyd, sponsor of the bill praised the lawsuit reforms in his bill and said, “At the end of the day, I truly believe these reforms will take good effect and will help not only Citizens’ rates to stabilize, but also allow the private market to stabilize their rates, and ultimately bring more interest back into Florida from carriers who want to do business [here]…. When they come, and they will, I believe, it’s going to drive rates and opportunity down for everyone.” 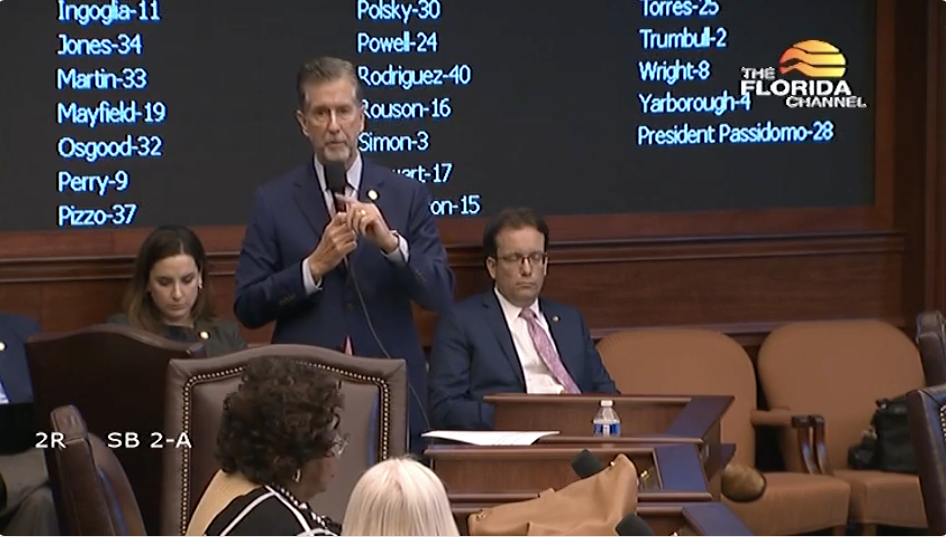 Senator Jim Boyd (R-Bradenton), answers questions about his property insurance bill on the floor of the Senate, December 13, 2022.

If you have Citizens Property Insurance, you will be facing double digit increases in your property insurance rates. This reform was transparent in its goal of “depopulating” Citizens, the Florida insurance provider of last resort, and moving those customers into the private market.

Reforms that will go into effect for Citizens policyholders include: