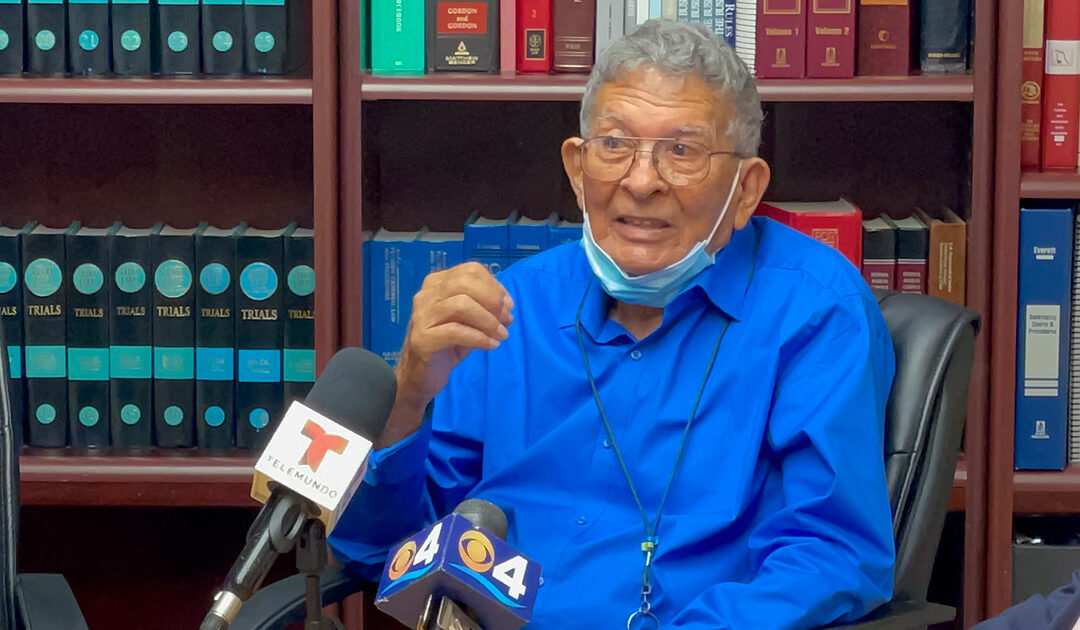 The trouble started for Jose Torrado when he obtained a reverse mortgage on his home in 2008.

His bank, Bank of New York Mellon, attempted to foreclose on his home, claiming he did not have proper homeowners insurance, even after Mr. Torrado provide proof of insurance, sending him confusing claims that Mr. Torrado did not understand.

At 91, José Torrado faces the possibility of losing his home over a $20 discrepancy.

In a press conference, his lawyers explained that the foreclosure began when the banking institution sent a collection to Torrado for homeowner’s insurance he had already obtained and paid for. They claimed that the bank tried to take the property without giving Mr. Torrado reasonable time to respond.

Although the case was dismissed, his legal team is now trying to recover legal costs they were forced to incur.

In a virtual court hearing this Friday, the bank claimed not to be responsible for the legal costs. The bank’s lawyers also claimed they had the right to foreclose on Mr. Torrado over a $20 error.

The judge said he was considering the arguments and could have a decision in two weeks.

Telemundo 51 and Univision 23 both covered the case in their Friday broadcasts.