After orchestrating one of the largest consumer frauds in American history, the banking industry continues the unethical and illegal servicing and foreclosure practices that were uncovered during the “robo-signing” scandal which eventually led to the $25b settlement with 49 State Attorneys General in 2012.

While some of the unethical practices regarding origination were curbed after the settlement, unethical servicing and fraudulent foreclosures continue to plague homeowners.

Floridians for Honest Lending (FHL) reviewed several hundred foreclosure complaints filed in 2019 by Bank of America, the Bank of New York Mellon, and JP Morgan Chase in the Eleventh and Seventeenth Judicial Circuit Courts that comprise Miami-Dade and Broward counties respectively. Upon that review, FHL found 369 foreclosure complaints were filed with rubber-stamped blank endorsements with signatures of David Spector, Laurie Meder, Michele Sjolander, and Cynthia Riley, whose names became synonymous with the robo-signing scandal. Of those, 325 were loans originated by Countrywide, the disgraced mortgage company that was bought by Bank of America in 2008.

The fraudulent rubber-stamped blank endorsements are used to establish standing and the banks’ right to foreclose on homeowners, the same homeowners that were sold predatory loans and pushed into foreclosure with unethical servicing practices. This practice of filing false documents was documented by 60 Minutes in 2011 and was part of the complaint filed by the 49 State Attorneys General. It was discovered after the $25b National Mortgage Settlement that Bank of America and JP Morgan Chase continued to submit forged documents, now relying on forgery and perjury, in foreclosures across the nation.

Unfortunately, the banks’ reckless greed left millions of properties with mortgages and promissory notes corrupted and the chain of title on those properties broken, putting trial court judges in an uncomfortable position of either taking the banking industry to task for these forged documents or kicking a family out of their home. Unfortunately, with little scrutiny from the media, legislators, or regulators, our court system has heavily favored the latter.

In fact, FHL’s review found that in Broward county, 217 of the 219 foreclosure complaints filed in 2019 that included fraudulent rubber stamps were assigned to Judge Andrea Gundersen. Of these cases assigned to Judge Gundersen, 126 of them have been closed, none of which were ruled in favor of the defendant.

Currently, Judge Gundersen presides over all foreclosures in Broward County. She was reassigned from Family Court and does not have prior experience in foreclosure litigation. Since her reassignment, defense attorneys have filed motions for judicial disqualification against Judge Gundersen for allowing attorneys for Bank of America to misrepresent the law and argue that “fraud on the court” is allowed in foreclosure because of a “litigation privilege” and ordering the defendant to pay the Bank’s attorney’s fees for challenging the fraud. In April 2021, Judge Gundersen granted nineteen motions for disqualification in cases she presided over.

These fraudulent foreclosures impact real people like Ana Rodriguez, an 82-year-old homeowner who was a former Cuban political prisoner, who now faces eviction because she was sold a predatory loan by Countrywide. It impacts people like Mrs. Marie Williams-James who never missed a mortgage payment but Bank of America foreclosed on her anyway and Mr. and Mrs. Simpson who were working on a mortgage modification when the Judge refused the bank’s motion for continuance and forced the Simpsons into a fraudulent foreclosure judgment.

There is a new foreclosure crisis looming due to the economic effects of the COVID-19 pandemic. As we get the pandemic under control, the federal government will be under increased pressure from the banking industry to lift the FHFA moratorium for federally-backed mortgages. The elderly, communities of color, and first-time homebuyers and all who have private loans — approximately 20% of all mortgages in Florida — are not protected by any moratorium and are still being evicted during the pandemic.

The issue of fraudulent foreclosures must be resolved before this new crisis begins. This is an issue that demands action at the local, state, and federal levels from legislators, regulators, and our judicial system. We cannot continue to allow fraud in our justice system for the convenience of the banking industry and at the expense of homeowners’ American Dream.

Floridian for Honest Lending is a 501c3 non-profit organization. We believe that our system will only work with transparency, honesty, and accountability. Our research can be found here. Each complaint filed by the banks’ attorneys is linked in the second column. The forged rubber stamps can usually be found on the promissory notes that are included in the exhibits. Below you can also find a sample of the varied David Spector signatures. 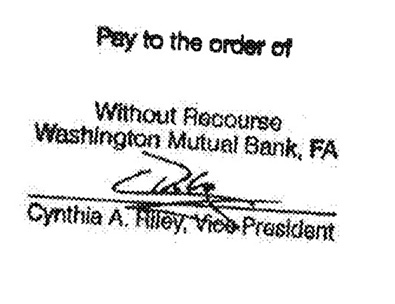 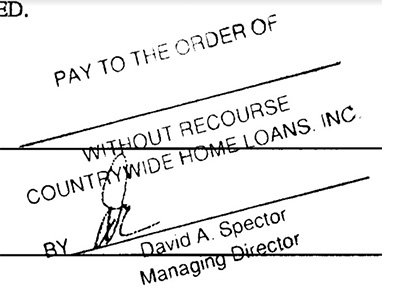